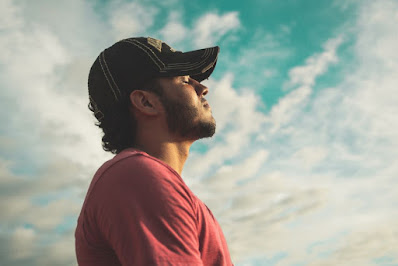 It’s spoken about a lot about things like yoga and martial arts. But personally speaking, and having spoken to some top runners, that is quite hard when you start to do any vigorous activity such as running. Particularly as we start to run harder or run faster. Now, our muscles need oxygen to keep moving, and breathing through the mouth allows a much higher amount of oxygen as compared to the nose per breath. Although you could argue that the nose does a great job of warming that air and even filtering that air. So for slow paces, breathing through the nose is fine.
But as we start to increase the pace and begin to work at higher intensities, you don’t want to deprive your body of that all-important oxygen. So you want to go for the maximum oxygen uptake and as reported that is the mouth. Now to get the most out of your breathing, make sure you don’t fall into the bad habit of what’s called chest breathing as opposed to what’s referred to as breathing into your belly. So here’s the deal with chest breathing; it is essentially quite a weak form of breathing. It’s quite shallow, meaning we can’t get the maximum amount of oxygen into our lungs, and also, we can’t expel our lungs fully when we exhale.
Whereas your breathing should be diaphragmatic meaning, the action of inhaling and exhaling should extend right down into your belly or so it feels. Now, as you breathe in, your abdomen or stomach should expand and contract as your diaphragm forces more air into and out of your lungs, meaning you can take more oxygen in with every breath. Okay, but it’s the rhythm of the breathing that a lot of people struggle with. Now, at a comfortable, steady pace, I would advise you to strive for something like a two-to-two rhythm ratio or even a three to three rhythm ratio. And basically, that means that you will inhale for two or three strides and then exhale for another two or three strides. And that should be relatively easy and comfortable to maintain at a steady pace.
But, as a start to run faster, we start to increase the intensity, then you may want to move towards a two-to-one rhythm ratio. And that means inhaling for two strides and then exhaling for one stride. Now obviously, this does all take a little bit of trial and error and takes time for you to get used to it and learn how to bring your breathing pattern in line with your striding model. And ultimately avoiding hyperventilation. (upbeat music) Now, to allow your lungs to fill their proper capacity, you must maintain a good posture while running. See, as you start to slump forward, perhaps as you start to fatigue, then that can restrict the capacity of your lungs and how well they operate, which in turn can then lead to more fatigue.
So, to help you out here, I was always told to imagine that you’ve got a piece of string coming from the crown of your head, and it’s pulling you upwards while you run, so maintaining that good posture throughout. And finally, practice makes perfect, and this means before running too. Which might sound odd given that breathing is something that our body does instinctively anyway. But if you are someone that is struggling with your breath while running, then this could help, and if you’re someone that is not reporting the issues of breathing while running, then well, this could be a great relaxation if nothing else.
Either you are standing, or if you want to, you can lie on the floor with your hand on your belly and breathe in deeply. Breathe deeply enough that your hand rises over your belly. This allows the oxygen to flow through your lungs for optimal intake and then release, letting your stomach and hand lower back down. Now it’s important to know that nobody is the same. There isn’t a single breathing pattern or rhythm that works for everyone. Research has shown that runners have to vary different breathing patterns and rhythms, but they’re consistent in them. So it’s all about finding a rhythm that works for you and you feel comfortable with and that you can adapt for different intensity or pace changes.
Share this...

View all posts by astartingtorun →